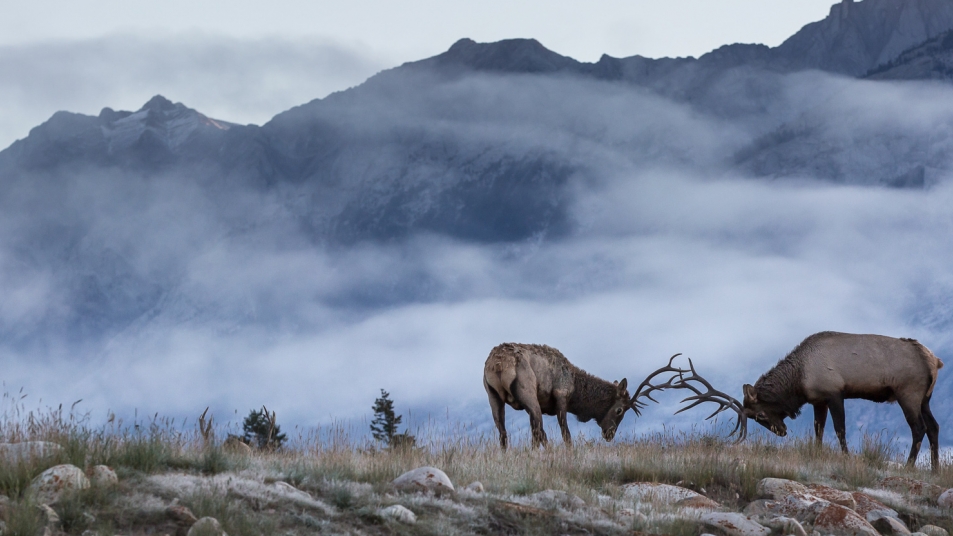 The wildlife that you can see in Western Canada is one of the highlights for many of our guests, whether they’re watching a mama bear and her cubs gambol across a meadow from the comfort of our train, or hearing an elk bugle while exploring Jasper National Park.

Of course, there are no guarantees you’ll see wildlife while on a Rocky Mountaineer vacation, but the chances are pretty good that you’ll see a mix of bighorn sheep, elk, wolves, coyotes, moose, beavers, bald eagles, osprey and maybe even bears as you explore Western Canada with us.

They say that fact is stranger than fiction, and Mother Nature is a good example of that. We’ve put together some surprising facts about the animals you might see, as well as tips for making the most of your wildlife watching opportunities.

They can be blond, brown, cinnamon or occasionally white. And grizzly bears can be blond or black, which means that coat colour is one of the least reliable ways to identify a bear. Both black bears and grizzlies are more commonly seen closer to the Rockies, but there’s a chance of seeing them along the way on all three of our train routes.

2. Grizzly bears have a hump

Grizzly bears have a pronounced shoulder hump and a “dished” or concave face. Black bears have a more “Roman” nose and no hump. They also have much shorter claws than grizzlies, although hopefully you won’t be close enough to identify them this way!

From late August through to October is elk mating season, and you’ll hear males “bugling”—producing high-pitched roars to attract a harem of females. They will also do battle with other males (bulls) to win females (cows), making them very dangerous to humans at this time. Guests enjoy seeing elk from onboard and they tend to be surprised that they are sometimes spotted so close to the town sites.

If a bald eagle loses a feather on one wing, it will shed a feather on the other wing to maintain balance. Another neat bald eagle fact is that they don’t develop a white head until maturity, so young bald eagles are often mistaken for golden eagles with their yellow heads.

The average beaver cuts down 216 trees in a year and can fell trees up to 40 cm in diameter. They do this so they can eat the delicious bark, and to build their dams and lodges to live in. There is a beaver lodge underneath a bridge near Kamloops that our team always look at to see if the beaver is swimming in the river nearby or sprucing up its home with some new sticks.

6. Wolves are a lot bigger than coyotes

Moose are able to swim soon after birth, and can dive down 5.5 metres (18 feet) to graze on lilies and other water plants at the bottom of a lake. Moose have been known to swim up to 19 km (12 miles). They are larger than most people expect them to be and it is rare to spot one.

8. Bighorn sheep face each other down for dominance

Also known as mountain sheep, males engage in head-butting contests where they come at each other at speeds of 32 km (20 miles) per hour. The resulting crash can usually be heard over a kilometre (0.6 miles) away!

Canada geese mate for life, although they will find a new mate if one of them dies. They often mate in the same place as their parents, using the same nests each year.

They’re members of a different genus than the common goat, and are more like goat-antelopes. They have hooves at the tips of their toes, and can jump around 3.5 metres (12 feet) in a single bound.

Learn more about the other activities you can experience in Banff, Jasper and Lake Louise by clicking through to our article on Things to do in the Canadian Rockies.