Behind-the-scenes with our Rocky Mountaineer fleet 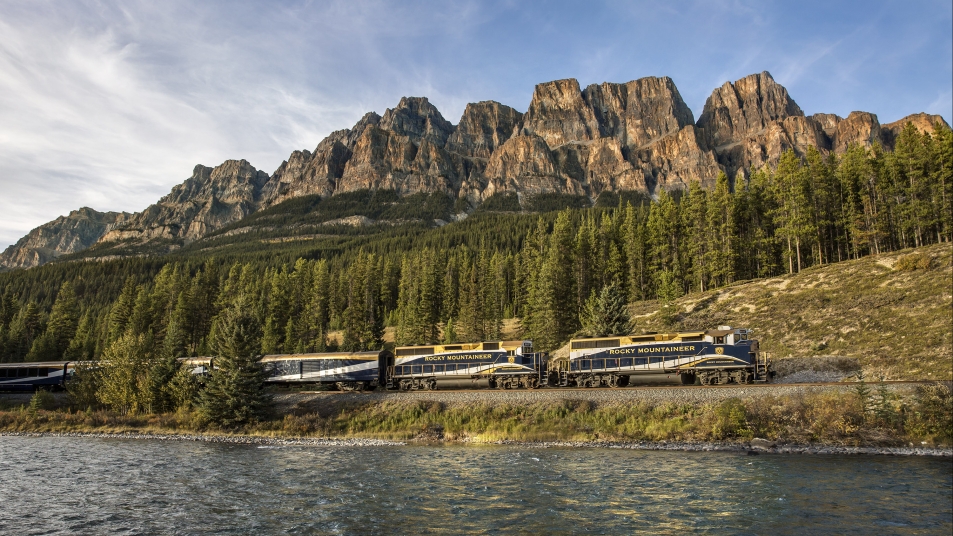 Are you a train lover who enjoys the romance of rail travel? Discover some fun facts about our Rocky Mountaineer fleet of railcars, from locomotives to coaches for our guests.

Rocky Mountaineer’s fleet of 78 active railcars range from functional locomotives (to pull the trains along), to custom-built coaches for our guests that are designed to enable guests to get the best views of stunning scenery onboard our four rail routes through the Canadian Rockies and the American Southwest. Here’s a behind-the-scenes peek at our fleet of locomotives and railcars.

Founded in Montreal in 1909 as a result of three car companies merging, the Canadian Car & Foundry (CC&F) began producing their own steel casings in 1911; purchasing the largest producer of steel castings in Canada (Montreal Steel Works), and the Ontario Iron and Steel plant. During World War 1 the company expanded, acquiring a rail car manufacturer in Brantford, Ontario (Pratt and Letchworth) and opening a new railcar manufacturing plant in Fort William (now Thunder Bay), making railcars for all the major rail companies in Canada. During World War 2 CC&F became Canada’s biggest manufacturer of aircraft, leading to their Thunder Bay plant being named a National Historic Site. Post-war, CC&F returned to manufacturing railcars and branched out into street cars for cities including Toronto and Rio de Janeiro. Various mergers and acquisitions saw the company rebrand as Can-Car Rail in the 1980s and eventually be bought by Bombardier Transportation.

Route: First Passage to the West, Journey through the Clouds, Rainforest to Gold Rush, Rockies to the Red Rocks

Did you know?
Modern diesel trains actually run on electricity, not diesel– the diesel engine is what provides the power for the electric motor to run the train.  Our locomotives weigh 250,000lbs. or 113,398kg and can reach a maximum speed of 105km/h.

Route: First Passage to the West, Journey through the Clouds, Rainforest to Gold Rush, Rockies to the Red Rocks

Did you know? Each train has two generator cars and inside those cars are two CAT C18 generators that output anywhere between 440-500kw of power to keep our passenger cars running smoothly.

Route: Rockies to the Red Rocks

Did you know? There’s a special musical surprise in one of our lounge cars on our US routes! You’ll find a self-playing piano bringing the melodies to guests as they enjoy the spectacular scenery of the American Southwest.

Route: First Passage to the West, Journey through the Clouds, Rockies to the Red Rocks

Did you know? Before we owned these railcars they were used by VIA Rail to operate a passenger service between North Vancouver and Whistler along the Sea-to-Sky corridor.

Founded in Zurich, Switzerland in 1942 by Ernst Stadler, Stadler Rail originally focused on manufacturing locomotives before moving into passenger vehicles in the 1980s and providing railcars for private Swiss railway companies. After acquiring various locomotive companies it has grown to be an international brand and a pioneer in passenger railcars.

Route: First Passage to the West, Journey through the Clouds, Rainforest to Gold Rush

Did you know? Our most recent GoldLeaf coaches started life in Berlin, Germany before being taken by river barge to the port in Bremerhaven to make a journey across the Atlantic. Travelling through the Panama Canal (the furthest south that a Rocky Mountaineer railcar has ever been!), to reach Tacoma on the West Coast of America. From there a special mini train– with a locomotive and support cars – brought our car home to Kamloops, having travelled over 16,000 km in 60 days to get there. These innovative cars have dimmable film embedded in the curved portion of the upper panorama glass that utilizes a technology called SPD (Suspended Particle Device) that allows our guests to customize the glass opacity upon request. This year we are welcoming 10 new GoldLeaf cars to our fleet. Find out 5 Things That Make GoldLeaf So Unique.

Ready to meet our fleet in-person? Visit our Rail Routes Page  to discover adventure, history, and engineering marvels on our four rail routes in Western Canada and the American Southwest.