Blog
7 Best Things to Do in and near Jasper, Alberta

7 Best Things to Do in and near Jasper, Alberta 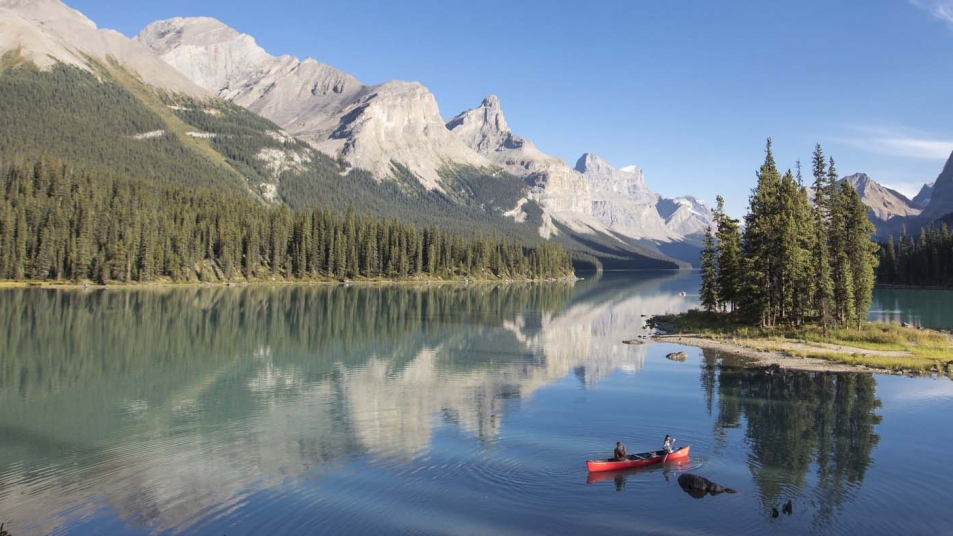 This paid post is produced by Motiv8 Agency on behalf of Rocky Mountaineer. The newsroom or editorial department of Tronc was not involved in its production. 2019-07-22

You’ve made up your mind to experience the world-famous Canadian Rockies for yourself. Great choice. But now you must decide where, in these mighty and massive mountains, to go. Of course, Banff and Lake Louise capture the lion’s share of tourist attention and rightly so — both areas are well worth a visit.

But you seek something different.

To explore another view of the Canadian Rockies, call on Jasper, Alberta. This northern neighbor of Banff and Lake Louise is equally beautiful and uniquely positioned to deliver stunning views and experiences — starting with the fact that Jasper lies within Jasper National Park, and it’s home to Alberta’s highest mountain (Mount Columbia), the largest glacially fed lake in the Canadian Rockies (Maligne Lake), and the restorative waters of Miette Hot Springs.

Here are 7 of the best things to do in and near Jasper.

1. Take the train trip you dreamed of as a kid.

Ask anyone who has made the trek to the Rockies via our train and you’ll hear how traveling onboard a luxury train makes getting there half the fun. The trip makes for a more intimate experience as you venture to your ultimate destination in Jasper. To or from Jasper, you’ll pass the Coast Mountains range with iconic views of enormous mountains and glacial-fed lakes. Your route will hug the course of the Fraser River, the longest within British Columbia. And you’ll witness for yourself the lofty peaks, carved slopes and snow-capped summit of Mount Robson, the highest point in the Canadian Rockies.

2. Climb aboard the Jasper SkyTram.

Travel up Whistlers Mountain on the SkyTram for a view you’ll never forget. The trip begins at an elevation of 4,265 feet and within seven minutes you hop off the tram at a truly breathtaking elevation of 7,546 feet. The SkyTram offers unobstructed 360-degree views of alpine ranges and ridges as far as the eye can see. Near the top, your tram may literally hover over a blanket of clouds. And once there, you’ll get an incredible peek at the peak of Mount Robson.

3. Treat yourself to a stay at the Fairmont Jasper Park Lodge.

Book a stay in the four-star luxury hotel that has hosted royalty. You’ll join the likes of King George VI and Queen Elizabeth, who visited in 1939, and Queen Elizabeth II and Prince Phillip, who stayed in 2005. Both couples opted for the hotel’s famed “Outlook Cabin,” known for its comfort and grandeur — enhanced by enclosed verandas, stone fireplaces and private dining rooms.

Maligne Lake claims the title of both the largest glacially fed lake and the longest lake in the Canadian Rockies. And once you see it for yourself, you’ll understand why it’s also one of the most photographed places in North America. A 90-minute cruise along the sky-blue waters will land you at Spirit Island — only accessible by boat and named the “crown jewel” of Jasper National Park. Stroll along the lakeshore, walk a short forest trail or, if you’re feeling adventurous, take a long hike up Bald Hills for a 360-degree view of Maligne Lake.

5. Play a round at one of Canada’s top golf courses.

If you love golf, treat yourself to a round at Fairmont Jasper Park Lodge’s Golf Club. In 2013, SCOREGolf Magazine ranked the course the #1 Public course in Canada, and it’s ranked highly since. According to club history, it took 50 teams of horses and 200 men a year to create this one-of-kind course, in the 1920s. Canadian golf course architect Stanley Thompson designed this course with dramatic bunkers and aligned each hole just so to provide the best, most spectacular views of the mountains.

How about a walk on a glacier that formed hundreds of thousands of years ago? Follow the Icefields Parkway road past some of the most scenic landscapes the Rockies have to offer, including ancient glaciers, unspoiled lakes and sweeping snowy valleys. Among the highlights is the Columbia Icefield, the largest in the Rockies and one of the world’s most accessible. Considered one of the largest non-polar ice fields on the planet, it’s also among the most popular tour sites near Jasper, so make your reservations well in advance.

Travel Tip: Choose one of our many Vancouver-to-Jasper train vacation packages that include the Icefields Parkway tour and we’ll take care of all the details, including arranging for ride onto the Athabasca Glacier via a behemoth Ice Explorer.

You have never really seen the stars until you have seen them in the Rockies. Visit between autumn and spring and you may even get a chance to behold the glimmering lights of the Aurora Borealis from Jasper. If you’re really lucky, you may even be able to witness the great Northern Lights from hotels like the Fairmont Jasper Park Lodge. Still, expect to take a short walk to get away from the artificial lights so you can marvel under the stars like you never have before — or likely will again. Until you return to Jasper, that is.

The best part about Jasper? You don’t have to be a hiker, skier or thrill-seeker, to enjoy it. All you need is a fully charged camera battery, and a sense of adventure.