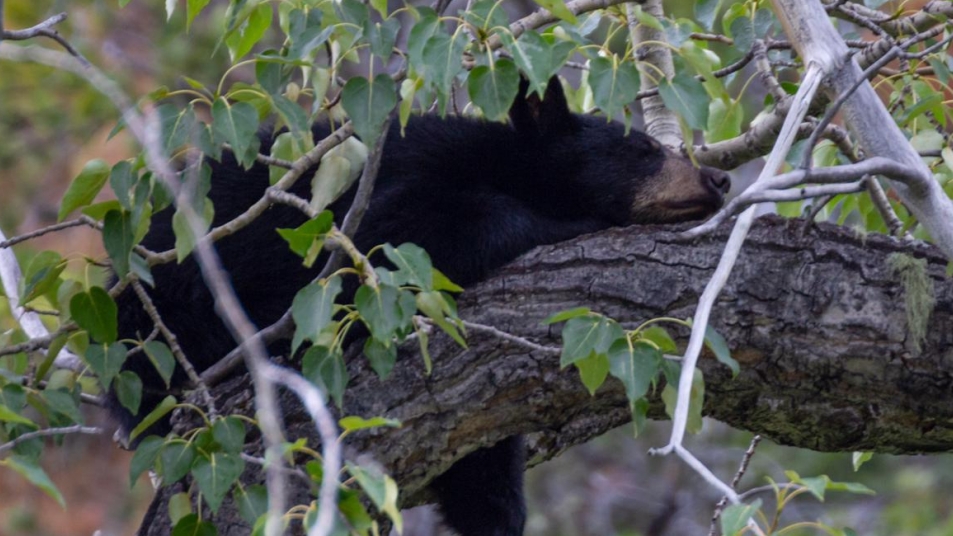 Written by Chloe Lai | Originally published in RM Magazine (2018) by Where Vancouver 2020-04-28
Spring is one of our favourite times of the year in the Canadian Rockies as we see some of the cutest creatures emerge. Meet some of the most adorable animals in the Canadian wilderness.

When it comes to defying gravity, these sure-footed sweethearts don’t kid around. Born in May and June, mountain goat kids are in full romp-and-play mode after just 10 days, their cloven hooves helping them navigate impossibly narrow ledges and steep rocky slopes. Once fully grown, they’re able to leap 3.5 m (11.5 ft) without a second thought. The challenging terrain keeps “nurseries”—herds made up of nanny goats and their kids—safe from predators like cougars and bears.

Newborns weigh just 2 to 3 kg (4.5 to 7 lb) but seem larger thanks to thick white woolly overcoats. Kids and nannies traipse down into the valleys to visit mineral licks that supplement their daily diet of grasses and alpine greens.

Every newborn feels like a milestone to its parents, but the fuzzy little calf who showed up in Banff national Park last spring was truly historic: it was the first wild plains bison calf to be born there in almost a century and a half. nine more calves followed suit. That’s a good sign for the reintroduction project that brought them there, because female bison become very attached to places where they’ve given birth.

Calves’ red fur earns them the nickname “red coats,” and within a few hours of being born, these lanky critters are walking and running like pros (or at least skilled amateurs). They nurse for seven to 13 months, rolling happily in the dust while their maternal herd grazes (bulls live individually or in all-male herds). north america’s largest land mammals, full-grown bison can tip the scales at over a ton.

If a local asks you for a “loonie,” they’re not making a cheeky reference to your state of mind—they’re talking about the Canadian one-dollar coin, which features a likeness of the common loon. and while this water bird does have a maniacal laugh (as well as a haunting wail similar to a wolf’s howl), it’s actually named for its comically inept, lumbering walk.

Downy grey chicks break free from spotted, olive-brown eggs that have been incubated by both parents. These little fluff-balls are born swimmers—after just a day or two in the water, they’re out of the nest for good. After two months, chicks start diving for their own fish. When they need to rest, warm up or avoid predators such as snapping turtles, they hitch rides on their parents’ backs.

By the time chicks are three months old, they’re ready to fly. it’s quite a sight to see: loons take off like airplanes on a runway, running along the water’s surface for up to 400 m (440 yds) before becoming airborne. Watch for them at lakes with rocky shorelines, deep bays and inlets.

There’s something magical about caribou—aka reindeer—and it’s not just their connection to Santa Claus. Maybe it’s the fact that these gangly cuties hit the ground running: day-old caribou calves can outrun humans without breaking a sweat. Or maybe it’s because they’re the only species of deer with equal-opportunity antlers, where both male and female calves grow a rack of their own before puberty.

Caribou calves also share a deep bond with their mothers. no matter how large the herd, they stick together, running alongside each other during migration.

Woodland caribou in boreal forests across Canada—like the Maligne Range or Tonquin Valley in Jasper National Park—don’t have to worry too much about getting lost on family road trips, but in the Yukon, the porcupine caribou migrate up to 4,800 km (2,980 mi) each year—the greatest distance travelled by any land mammal in the world. Fortunately, calves can count on their mothers’ sensitive (if unusually hairy) noses to track them down if they get separated.

Ursine characters like Winnie the Pooh are charming, but there’s no substitute for the real thing—especially when it comes in adorable cub form. The Canadian Rockies are home to both mild-mannered black bears and the more defensive grizzly bears. Born in litters of one to four throughout January and February, they’re surprisingly tiny: newborn grizzlies weigh one pound, while black bear cubs weigh half that, which is about 15 times smaller than the average human infant. Five to seven weeks later, cubs open their eyes for the first time.

Cubs toddle out of the den in the spring, learning how to swim, move through seasonal habitats and track down food. grizzly cubs get at least three years of training, but black bear cubs are on their own at 18 months.

Leopards can’t change their spots, but cougars can—kind of. newborn cubs’ soft fur is dotted with dark spots, their tiny tails lined with rings. Within nine months, these markings fade to a sleek grey- or reddish-brown. Their eyes change too: the innocent baby-blues of kittenhood become the piercing yellow gaze of adulthood.

These purr-balls weigh just one pound at birth, and usually show up in pairs or trios during late winter or early spring. Despite their pint-sized start, cougars eventually weigh 45 to 57 kg (100 to 125 lb), making them more than twice the size of Canada’s other wildcats.

The first six weeks are spent snuggling with their moms in the rocky den; at seven weeks, cubs tag along to visit food caches. This is the most social period of their lives: two years later, the stealthy young cats leave home to establish their own territories, and keep to themselves until it’s time to have cubs of their own.