Blog
Train Talk 101: Learn the Lingo and the Lore

Train Talk 101: Learn the Lingo and the Lore 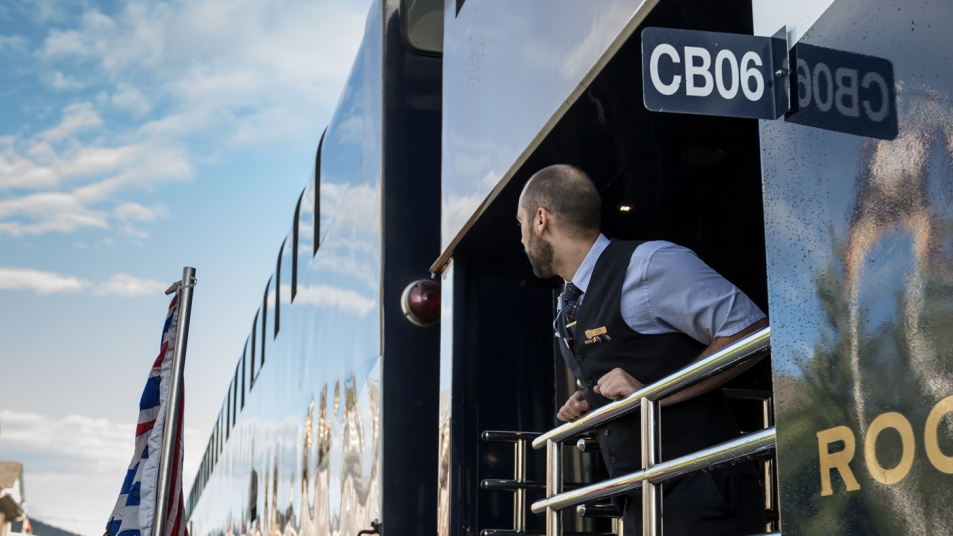 We’re celebrating over 30 years of being one of Canada’s leading travel experiences, and much of that is owed to how we bring Canada's rich railway history to life onboard our train. Our three rail routes travel along historic Canadian Pacific and Canadian National rail lines, which are celebrated for connecting Eastern and Western Canada in the late 1800s and early 1900s. In fact, traveling by train is one of the best ways to immerse yourself in rail history and the vocabulary associated with rail travel.

"Guests enjoy wowing their friends and family with their new-found rail lingo," says Wade Bush, one of Rocky Mountaineer's train managers, who rides the rails at least 90 days a year. "They also learn about the history of the railway and towns the trains pass by." While onboard, guests are privy to industry terms that arose from more than a century of rail tradition. Learning such terms can shed light on the inner workings and hidden history of these extraordinary railways.

For instance, there's gauge – the distance between the two tracks. Hosts on Rocky Mountaineer explain that the standard measurement of 4 feet 8½ inches, which is used almost universally today, may have ancient roots. "The Romans built roads across Europe the width of two horses," Bush says. "As the story goes, when Great Britain started building railroads for steam locomotion, they used the width of these old Roman roads." Rumour has it that the practice stuck, although the tale's accuracy is hotly debated among some experts.

Watching from the sidetrack, guests will see freight cars pass by, carrying timber, oil, and automobiles, some making their way inland from as far away as Japan. "Railways are much more than just the trains that you see and ride on," says Don Evans, rail expert and president emeritus of the West Coast Railway Association. "From raw materials to containers of manufactured goods, virtually everything you own or use today made a trip by rail at some point in its creation."

Onboard, there's also talk about "mile markers" – a system of numbered signposts spaced a mile apart alongside the rails and used by crews as a marker to determine their location along a rail line. In the steam train era, these white signs served a secondary purpose. Evans says that before computerized train signals and speedometers, the time taken to travel from one mile board to the next was how the speed of a train was determined.

At Kicking Horse Pass – the highest point on the Canadian Pacific Railway at an elevation of 1,627 metres, there is a discussion about the famous Spiral Tunnels and grades, a technical term denoting steepness. "The Spiral Tunnels are an engineering marvel, allowing a climb up a major grade without getting too steep," Evans says. "Initially, they built the rail line very steep and it was quite risky. When you've got 4 or 5 per cent gradient, a locomotive can't haul much uphill."

Until the Spiral Tunnels were installed in 1909, the treacherous slope led to frequent transportation hiccups. It took 1,000 workers to build this gentler grade based on a Swiss model, but this ingenious system still functions effectively more than 100 years later. According to Evans, to make the route less steep, workers tunneled spirals through the mountains. By having the train go around long loops inside the mountain, they cut the grade down from more than 4 per cent to about 2.2 per cent making it possible for trains to cross the Rockies safely.

It's not the only rail wonder along the route. The train passes Craigellachie, B.C., where the legendary "Last Spike" of the Canadian Pacific Railway was driven in 1885, uniting Canada from coast to coast with 3,200 kilometres of railway track. At Cisco Crossing, the famed orange truss arch bridge can be spotted – one of two bridges crossing the Fraser River near Lytton, B.C., and the longest single-span bridge on the CN line at 247 metres

Rocky Mountaineer travelling along its Journey through the Clouds rail route.

"It's also where Canadian Pacific Railway and Canadian National Railway routes meet and exchange sides," Bush says. "Sometimes you can even see trains on both bridges." Even if two trains aren't on the bridges at the same time, passing through the Crossing is a unique experience for rail fans and guests alike.

Steeped in such rich "rail-ucation," it's no surprise that Bush has seen more than a few first-time Rocky Mountaineer riders morph into full-blown train buffs. He's also heartened to see the return of railway veterans.

"People from CP Rail, drivers, Union Pacific [workers] who have retired come out on our train because they miss it," he says. "Travelling through these wild places in Western Canada, you see some pretty incredible sights. And it carries a story beyond what we even see."

Would you like to see some of the highlights along our most historic rail route? View photo highlights from our First Passage to the West rail route by award-winning photographer Paul Zizka.