Blog
Historic Restaurants and Dining Venues: Vancouver to the Rockies

Historic Restaurants and Dining Venues: Vancouver to the Rockies 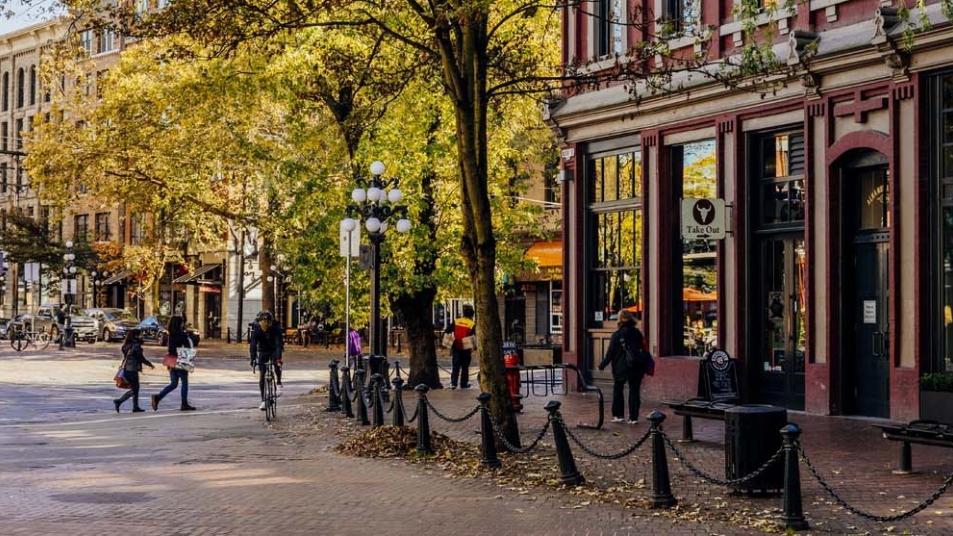 Our country offers incredible dining experiences, but Western Canada, with its fresh seafood from the Pacific, local produce from Vancouver and the Lower Mainland, Okanagan Valley wines, and incredible Alberta beef and ranchlands pork, is winning foodie hearts and stomachs. And good food there is just the start. If you want to savour a taste of history on your next adventure and discover hidden gems with intriguing stories, there are many historic restaurants and experiences. Here are some of our top tips and where to find them.

Canada’s 100 Best listed this west coast city’s Hawksworth Restaurant (located in the historic 1920s Rosewood Hotel Georgia) amongst its top 20 for 2019. Housed in one of Vancouver's most iconic buildings built in 1913 (the Homer Building), the Homer St Cafe & Bar offers elevated comfort food.

There are great restaurant options in Gastown, Vancouver’s oldest neighbourhood (named after a tavern opened by John “Gassy Jack” Deighton in 1867), and delicious Asian food in Chinatown, where you’ll find some of the city’s oldest architecture. And a visit to Vancouver isn’t complete without a wander around Granville Island. Built on what were originally two tidal sandbars, Granville Island took its name from the city of Vancouver’s original name, Granville. It’s now home to a huge indoor public food market, dozens of unique shops, restaurants, a distillery, a brewery, a hotel and a handful of theatres.

A relative newcomer to Western Canada’s dining scene, the is resort town of Whistler first officially welcomed visitors to Whistler Mountain in 1966. The Creekside area of Whistler is where the town’s original village was located, and its original pub – Dusty’s Bar & BBQ, which opened in 1965 – still has an après ski scene that’s as lively as ever. As Whistler grew, higher-end restaurants like Rimrock Café, Il Caminetto, Araxi Restaurant + Bar and Sushi Village sprang up to satisfy changing tastes.

Lining the Thompson River, you can find Kamloops wineries such as Harper’s Trail Estate Winery, which is situated on a 24-acre vineyard and named after pioneering cattle rancher Thaddeus Harper who came to the region from America in the mid-1800s. Monte Creek Ranch Winery, the largest wine producer in the Thompson Valley, named its “Hands Up” blends after Bill Miner, a notorious train robber known as the “Gentleman Bandit” who, legend goes, coined the phrase.

If you can’t make it out to the wineries themselves, sit out and enjoy a meal and a bottle of local wine in the courtyard of upscale Brownstone Restaurant.

In addition to their spectacular views, the Canadian Rocky Mountains’ crown jewels - Banff, Lake Louise and Jasper - all offer unique dining experiences worth investigating on your next rail vacation out west.

Jasper’s historic Athabasca Hotel has been around since 1929 and has welcomed legendary visitors such as Bing Crosby and Marilyn Monroe! It’s a popular destination for ice-cold beer – and a filling breakfast the next morning at its restaurant O’Shea’s.

Experience – and eat – it all.

A unique way to take in these dining destinations is onboard one of our scenic routes along Canada’s historic railways. All journeys include meals prepared by a team of culinary masters cooking under the guidance of award-winning executive chefs.

In Rocky Mountaineer’s GoldLeaf Service, you’ll enjoy an exclusive white-linen dining car situated beneath the upper-level coach with panoramic glass-dome windows. Or, in SilverLeaf Service, be conveniently served in the comfort of your own seat. Local seasonal ingredients, as well as B.C. wines and craft beers, feature on all our menus.

Depending on which all-daylight rail route you choose, you’ll be able to depart from, stay over in or explore some of these incredible historic dining experiences for yourself. Bring your appetite!