Blog
What’s in a Name? Animal Misnomers in the Rockies

What’s in a Name? Animal Misnomers in the Rockies 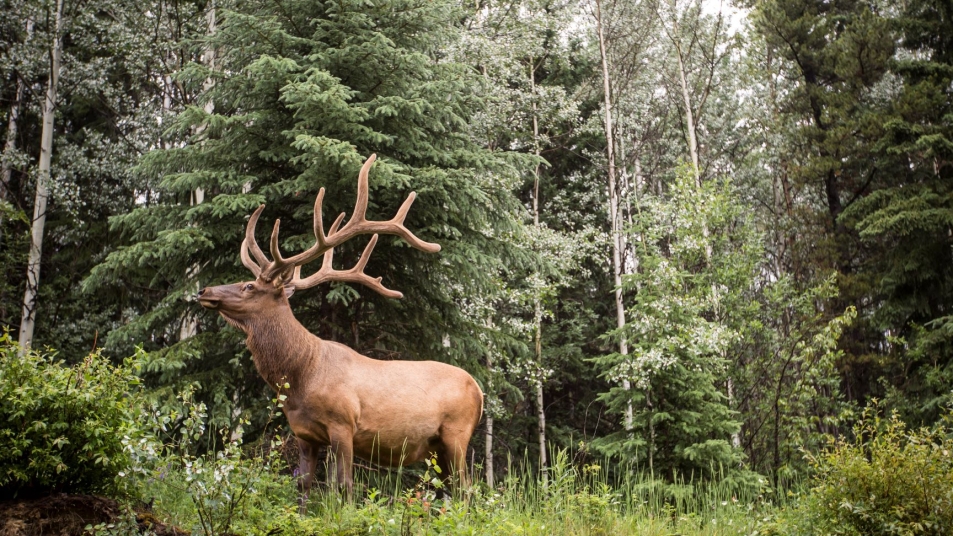 Nicknames and misnomers lead to wildlife confusion in the Rockies. Learn about six remarkable animals whose catchy nicknames are never forgotten.

“If you go down to the woods today, you’re in for a big surprise,” runs the old children’s song, “a Teddy Bear’s Picnic.” Just when you thought you could reliably tell a black bear from its distant cousin, the grey-brown grizzly… surprise! The ubiquitous black bear (Ursus americanus) can be cinnamon, chocolate, or even white, as in the rare “Spirit Bear,” provincial animal of BC.

Black-bear weight and size vary tremendously depending on where it lives: males range from 57 to 250 kg (125 to 550 lbs.), while females weigh about one-third less. They look like large dogs from a distance, and if it looks bigger... you’re too close.

The black bear has short, black claws, small, rounded ears, a straight facial profile, and no shoulder hump. While traveling with Rocky Mountaineer, keep a lookout for bears foraging on Whistler and Blackcomb, at the forest’s edge, and on the outskirts of towns in the Rockies. Although some people may find them cute, remember never to approach a bear and always stay as far as away as possible if you spot one. A black bear usually ignores humans unless its escape route is threatened, but all bears demand a wide berth.

“Grizzly” is not a variant of “grisly” despite this large bear’s fearsome ability to attack prey with strong teeth and long, pale claws. Grizzly derives from “grizzled,” meaning grey. Confusingly, biologists call it the North American brown bear. Its pelt is usually a handsome grey-brown, but Ursus arctos horribilis might be blond or even black. Intelligent and unpredictable, the grizzly is slow to reproduce and is considered a threatened species in some areas.

Most adult females weigh 135 to 180 kg (300 to 400 lbs); males 180 to 360 kg (400 to 800 lbs). Average total length is 2 m (6.5 ft), with a shoulder height of 1 m (3.3 ft). Like the smaller black bear, the coastal grizzly is omnivorous but gorges on spawning salmon in season. Inland grizzlies dine on plants and small mammals and will prey on young moose and deer. Grizzly encounters in the wild are rare unless you join a special tour in Alaska’s Denali, BC’s Cariboo-Chilcotin, or rural Southern Alberta.

Look for its dish-shaped profile, rounded ears, and shoulder hump – preferably through your long-range camera lens. Up-close photos are more accessible at the wildlife enclosure on North Vancouver’s Grouse Mountain, home to orphans Grinder and Coola. They began to associate food with humans when they were rescued as cubs, so they cannot be released. In winter, they hibernate in a purpose-built “den,” where a critter-cam has led to some important discoveries about grizzly behaviour.

Also known as “blackfish” or “wolves of the sea,” killer whales (Orcinus orca) belong to the Delphinidae family, like the smaller dolphin. They are increasingly called orcas, but the killer reputation haunts the species. It’s true that transient orcas hunt seals and other marine mammals, but resident orcas dine on fish and krill, and neither whale is a man-eater, as was once thought.

Weighing up to 5,400 kg (6 tons) and measuring up to 8 m (26 ft), orcas are apex, toothed predators that live and hunt in efficient packs known as pods. Resident Southern BC orcas live in matrilineal pods and exchange sophisticated vocal messages, mating outside the family pod to avoid genetic defects. Some local populations are considered threatened or endangered due to habitat pollution or loss. The best way to see them is from a whale-watching boat – required to stay 100 m (330 ft) away from the curious mammals. You might get lucky and spot a pod in Georgia Strait, Puget Sound, the inside Passage, and Southern Alaska waters.

“Oh, give me a home where the buffalo roam,” warbles the famous cowboy anthem. In fact, it was the American bison (Bison bison) that grazed the North American Plains; true buffalo live in Africa and Asia.

The meat and hides of the bison – each animal weighs up to 1,000 kg (2,200 lbs) – fed, clad and housed Plains people for millennia. Bison were driven to near extinction by 19th-century commercial hunters, causing First Nations to starve in huge numbers. The surviving people were moved onto reservations; ranchers saved a few small bison herds. An intensive breeding program has restored roughly 200,000 of the big, shaggy giants to the Canadian prairie. Plains bison are often farmed for their lean, high-protein meat, while some Plains and wood-bison populations range freely in a protected habitat. Alberta’s Wood Buffalo National Park is thought to contain one of the few genetically pure bison herds that evaded contact with domesticated cattle. Bison look slow but can outrun humans and will attack if provoked. Head-Smashed-in Buffalo Jump near Fort Macleod is a UNESCO World Heritage site that brilliantly illustrates communal bison-hunting techniques used by Plains tribes for 6,000 years.

Like its relative, the moose, the elk belongs to the deer family (Cervidae). Confusingly, Alces alces, the North American moose, is also called the European elk. Largest of the deer family at 380 to 700 kg (840 to 1,540 lbs) and twice the size of the female, the bull moose boasts wide, scoop-shaped antlers, a Roman nose, and long, alert ears. The female keeps her calf close, but otherwise, the moose travels alone.

The redder-coloured, slightly smaller elk or wapiti, Cervus canadensis is the second-largest deer, with males weighing in at 330 kg (730 lbs) and females about one-third less. Males fight with their twig-like antlers, and both sexes will kick predators such as coyotes, wolves, and bears. Around Jasper, all summer, single-sex groups or a male with his harem graze at roadsides. Moose are a common sight in forests and wetlands, where they keep cool foraging in ponds. Keep a safe distance while deciding if those big, brown eyes belong to moose or elk; they can all move swiftly despite their bulk.

Not bald at all, Haliaeetus leucocephalus washingtoniensis is a Northwest Pacific Coast sea eagle that snatches ocean fish in its talons but will also prey on rodents and small mammals. During salmon spawning, eagles congregate in great numbers along riverbanks, vying with bears for the fish.

Easily distinguished by the white-feathered head, hooked yellow beak, yellow feet, and broad wingspan – 1.8 to 2.3 m (6 to 7.5 ft) – the long-lived bird adds to its enormous nest every year. After 20 years or so, this can weigh about a ton – hence the eagle’s choice of a large hardwood tree near water for its home. A female eagle is one-quarter bigger than her lifelong mate.

Many First Nations in BC and Alberta hold the bird in awe as the creature that flies nearest the Creator. Often, the feathers are prized for ceremonial purposes. The bald eagle is a frequent sight along the coastal shores of Washington, BC, and Alaska.